Description: Using feature detection in two images, this class will attempt to find matches between the keypoints detected and thereby see if the image contains a certain object. 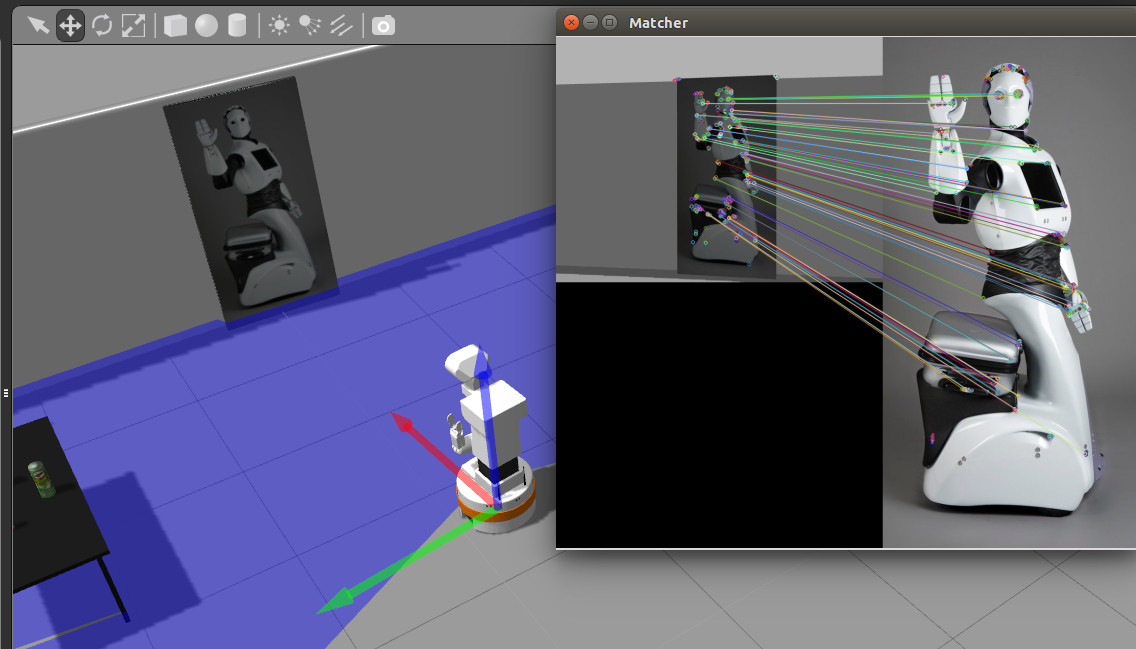 This tutorial requires the opencv_xfeatures2d package to be compiled

The purpose of this demo is to show the capabilities of different detectors with different matchers.

Open a couple of consoles and source the catking workspace as follows in each one:

This will spawn TIAGo in front of a picture of REEM. 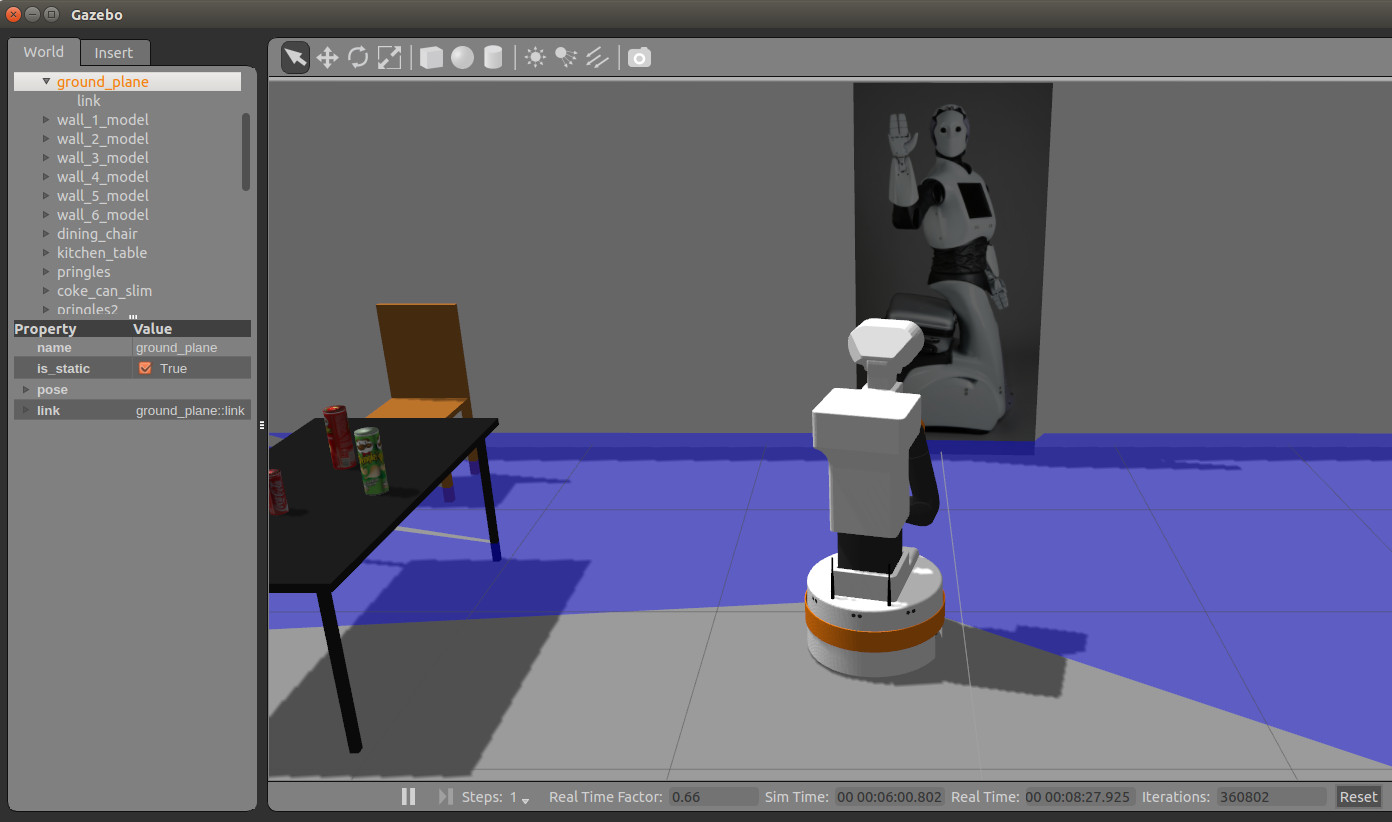 In the second console run the following instruction

A GUI will be launched from which to select feature detectors, descriptor extractors and descriptor matchers. It also allows the user to set the 'k' and 'distance percentage' variables, which are used in the matcher part of the processes.

Another window will show up where the matched keypoints between the reference image and the video live feed are presented. 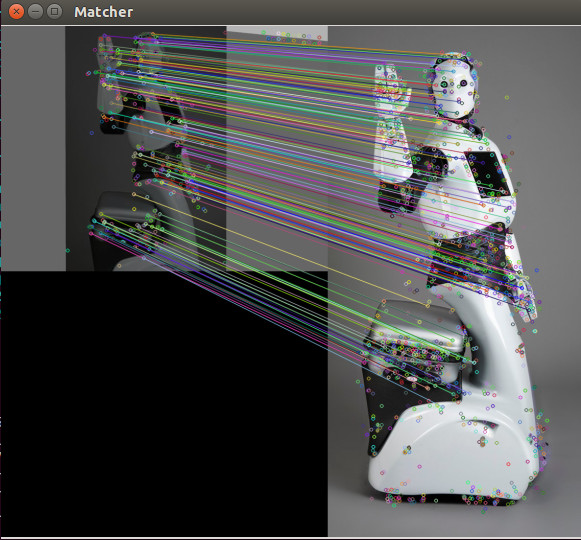 The reference image is set by default to

But it can be set to any image by using the text box on the bottom part of the GUI. The filename of the new image with its absolute path needs to be typed.

It is interesting to move the robot around the world and see how robust are the different feature and descriptor extractor algorithms.

The image processing is divided into three parts. The first was handled in the previous tutorial, namely feature extraction. The next is descriptor extraction, which extracts the vectors describing the images interesting features. The last is the use of knnMatching for detecting possible matching features.