Description: UseMoveIt! to plan a joint trajectory in order to reach a given pose in cartesian space 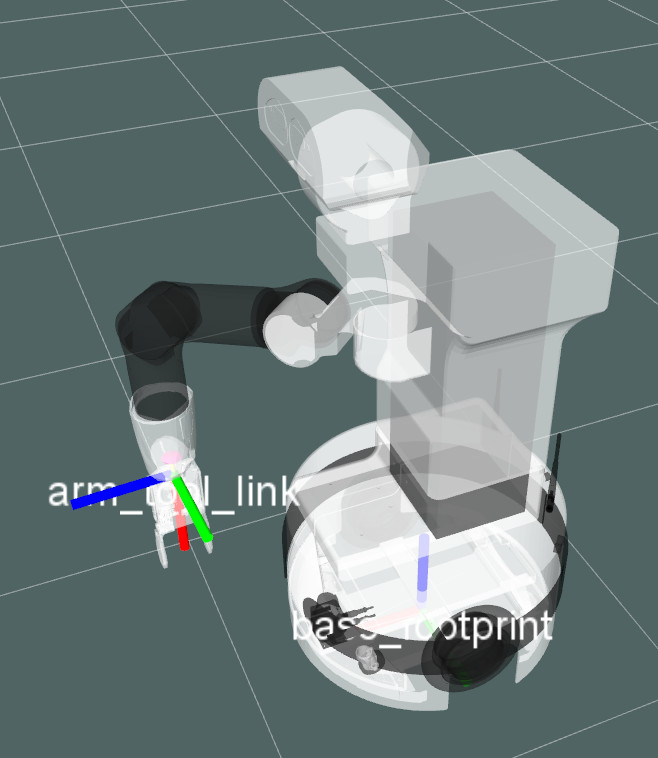 This tutorial shows how to use MoveIt! in order to move the end-effector frame of TIAGo to a desired pose in cartesian space. An example is given in C++.

Gazebo will show up with TIAGo. 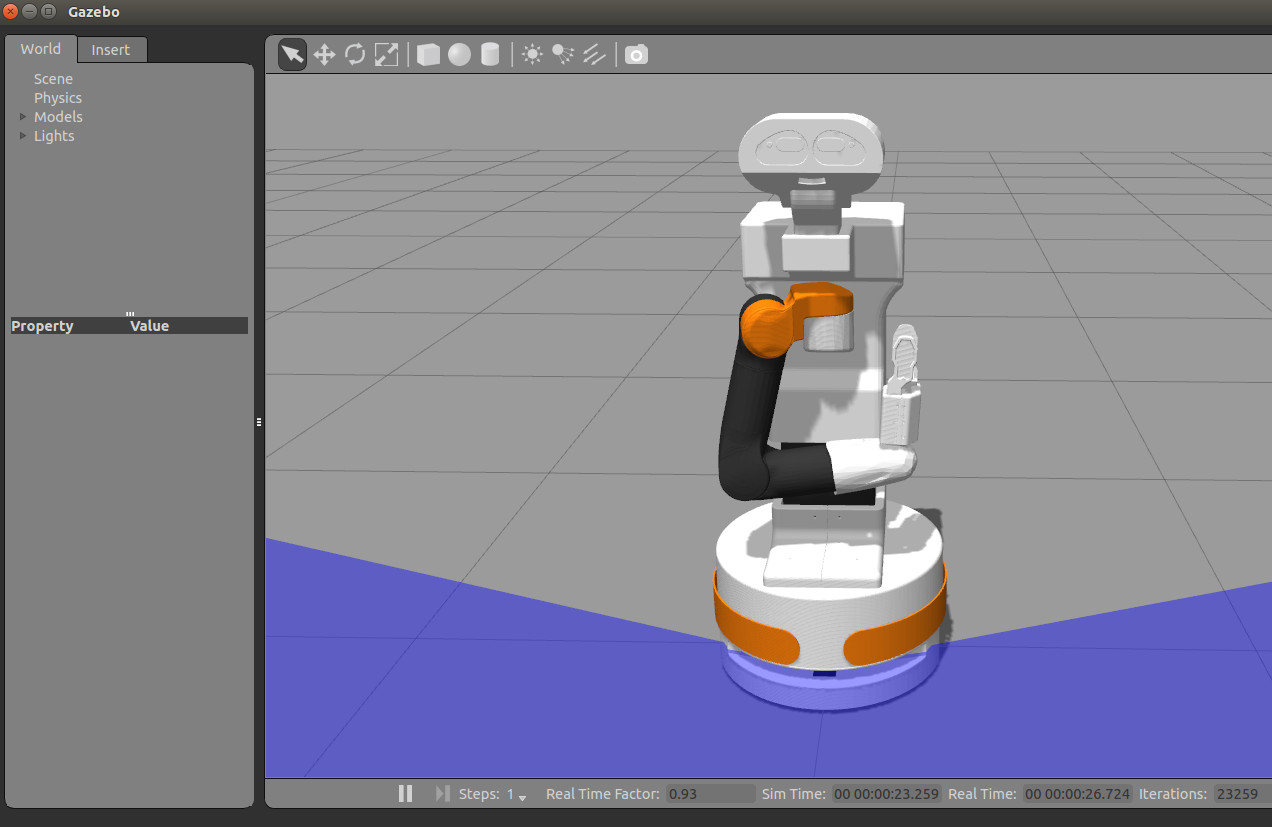 Now we are going to run an example that will bring TIAGo's end-effector frame, i.e. arm_tool_link, to the following cartesian space configuration with respect to /base_footprint:

which corresponds to the following pose as shown in rviz: 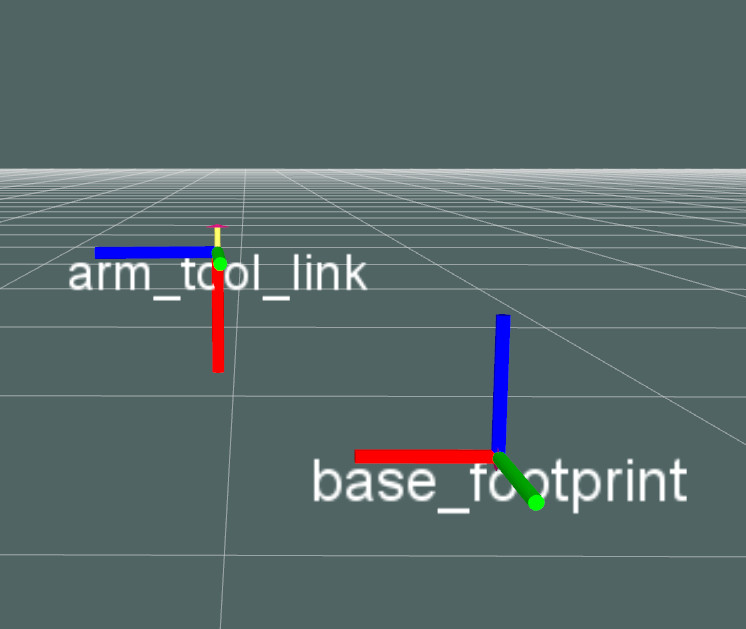 An example of plan executed by the node is depicted in the following sequence of images: 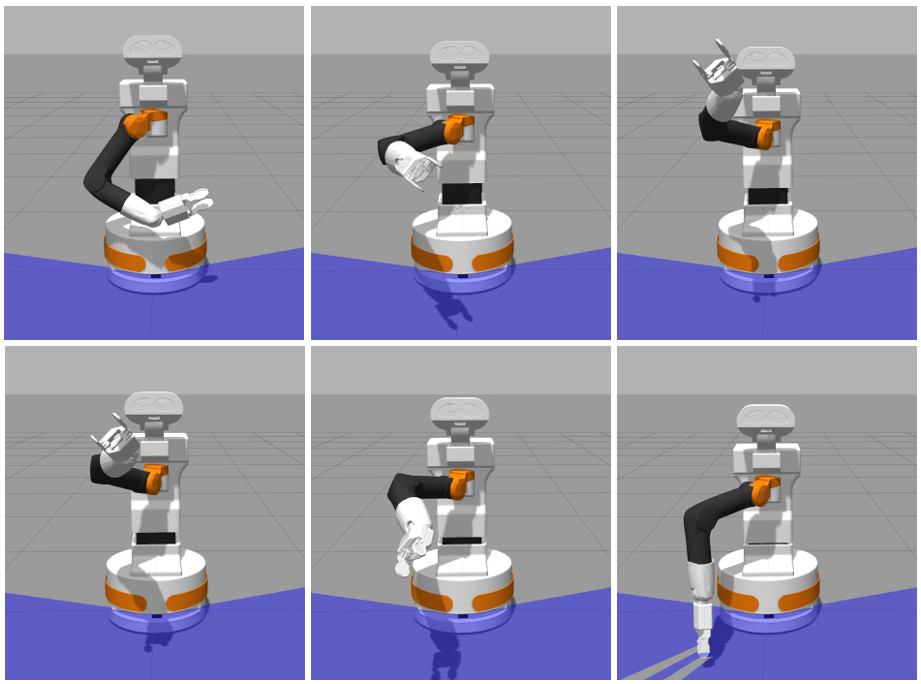 Note that the final pose of /arm_tool_link is the desired one: 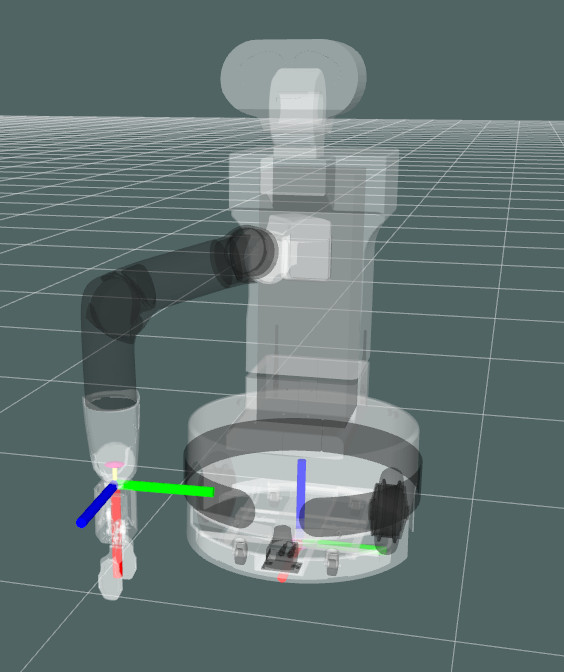 The code to implement such a node able to plan in cartesian space is shown below. Note that the key parts of the code are:

The required control commands are sent to the arm and torso controllers through their Action interfaces: