Description: This tutorial shows how to launch the Multi-TIAGo navigation simulation in Gazebo and how to run autonomous navigation avoiding obstacles by means of global and local path planning. 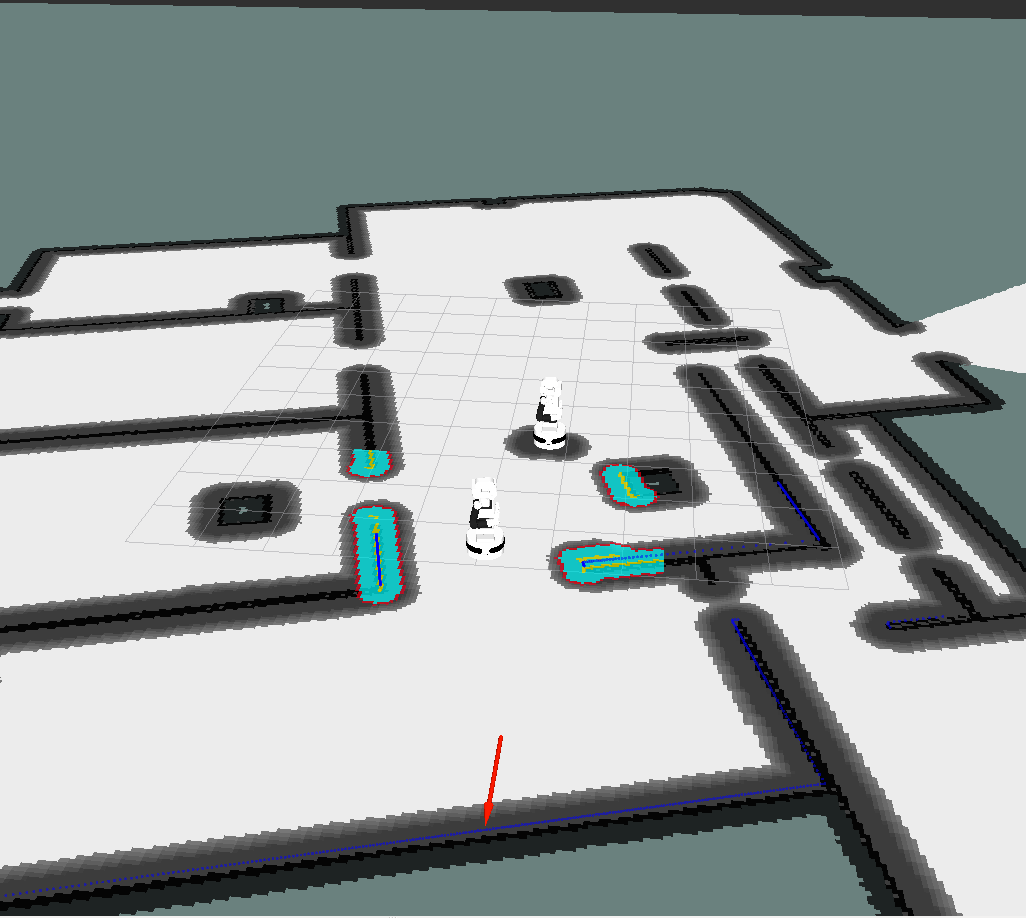 This tutorial shows how to launch the Multi-TIAGo navigation simulation in the Gazebo environment and how to run autonomous navigation avoiding obstacles by means of global and local path planning.

First make sure that the tutorials are properly installed along with the TIAGo simulation, as shown in the Tutorials Installation Section. Then, follow the instructions in [[http://wiki.ros.org/Robots/TIAGo/Tutorials/Multi_TIAGo_simulation] tutorial in order to understand how the Multi-TIAGo simulation is launched.

First open a console and source the public simulation workspace as follows:

In the console launch the following simulation

Gazebo will show up with two TIAGo robots in the PAL office environment. 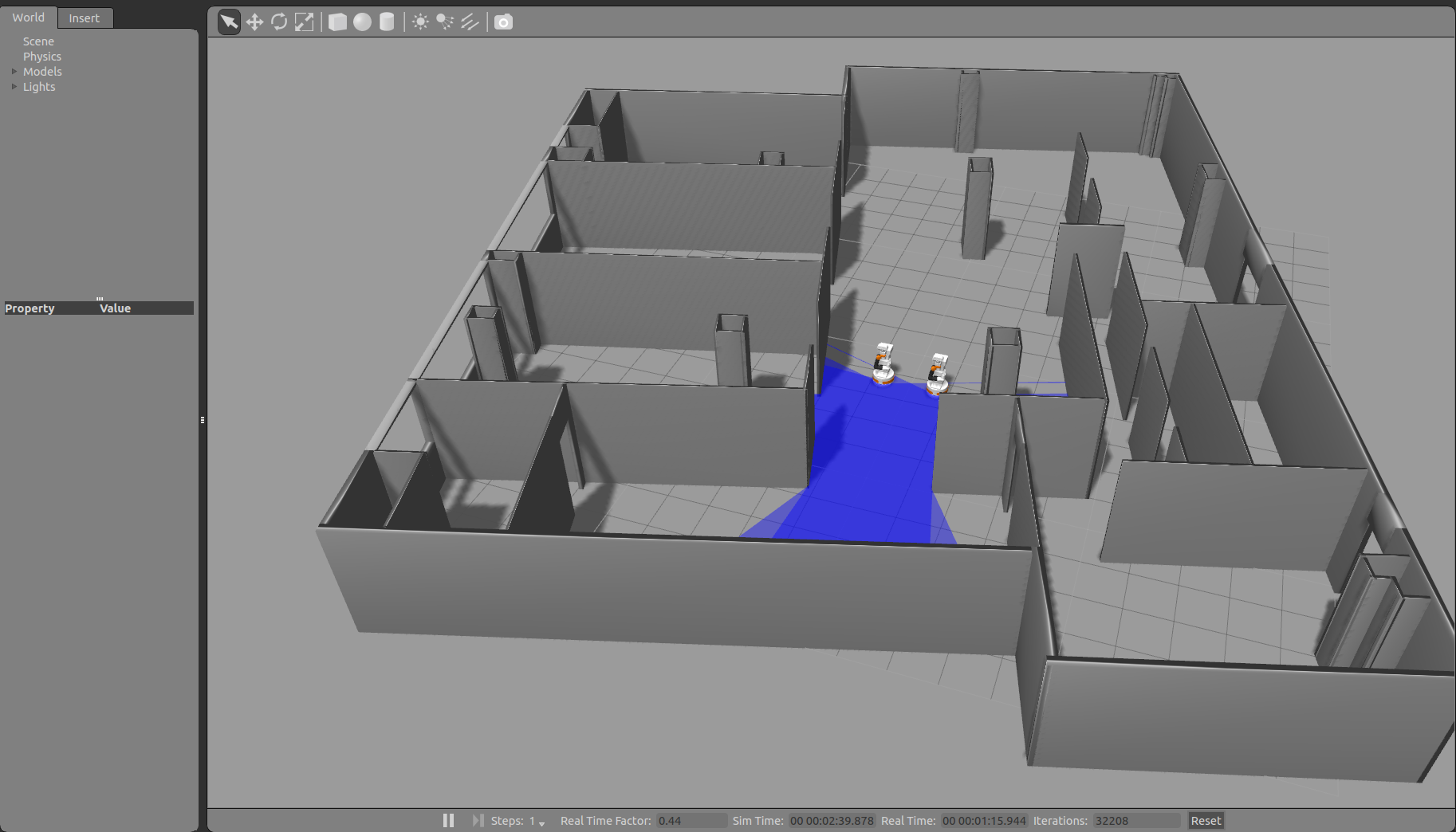 Wait until the two TIAGo robots have tucked their arm. Then you may proceed with the next steps.

Note that a rviz will also show up in order to visualize the map of the PAL office environment. 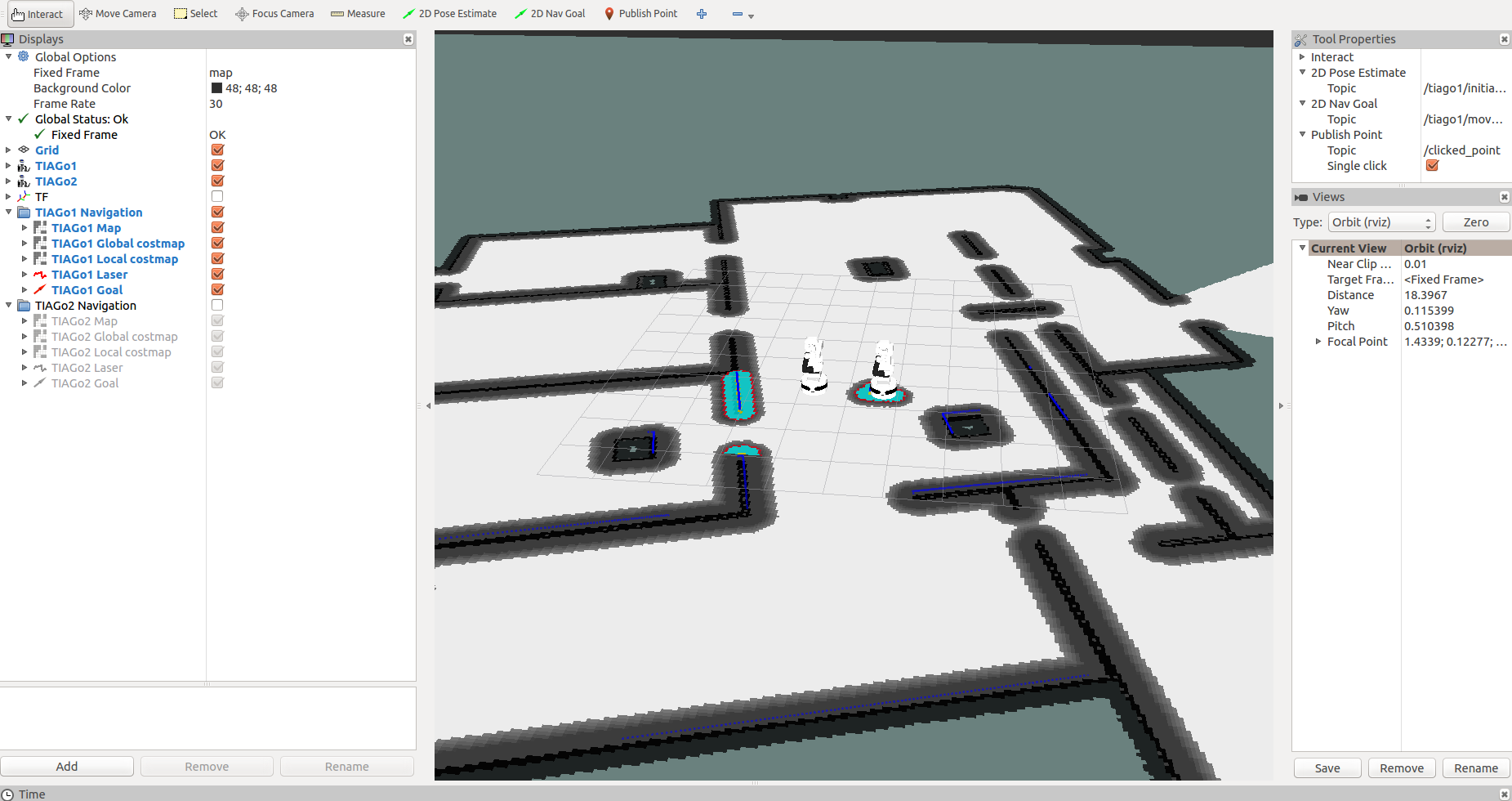 Please refer to http://wiki.ros.org/Robots/TIAGo/Tutorials/Navigation/Localization to see the other available information.

First of all, go in the Tool Properties window of rviz and make sure that you have the 2D Pose Estimate and 2D Nav Goal topics selected on the specific namespace, as shown in the following picture. 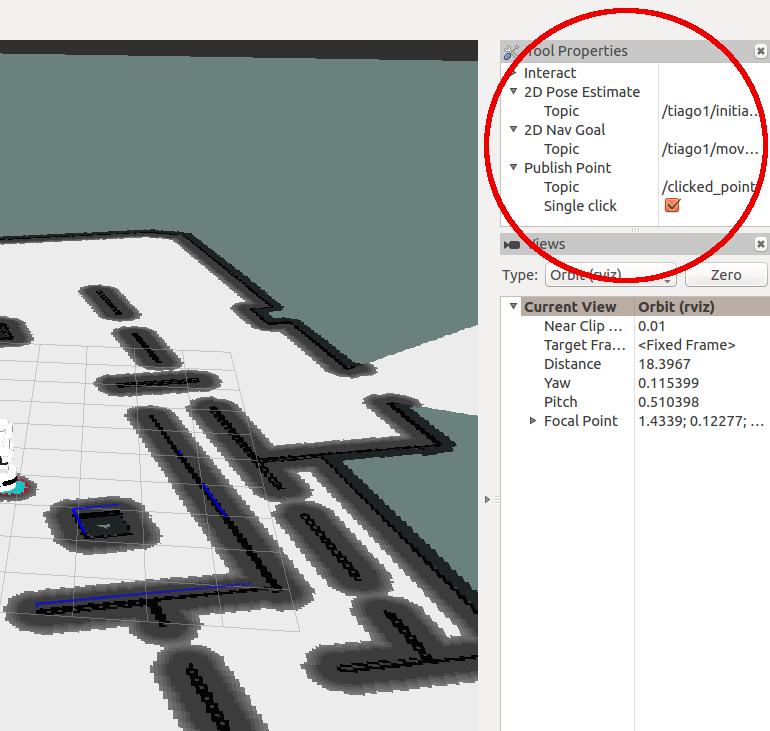 Due to we are working with multiple robots we have to add the tf_prefix of the robot to those topics, to make the two rviz tools working.

As can be seen in the pictures above, the robots wake up in the positions of the world that correspond to the ones we have set in the launch file (see http://wiki.ros.org/Robots/TIAGo/Tutorials/Multi_TIAGo_simulation for details). This is the pose that we provide also to the localization system. If the robot get lost or you need to change the initial pose you can use the 2D Pose Estimate button in rviz to set the initial pose to seed the localization system (see http://wiki.ros.org/rviz/UserGuide for details).

In order to send the robot to another location of the map the 2D Nav Goal button can be pressed in rviz. 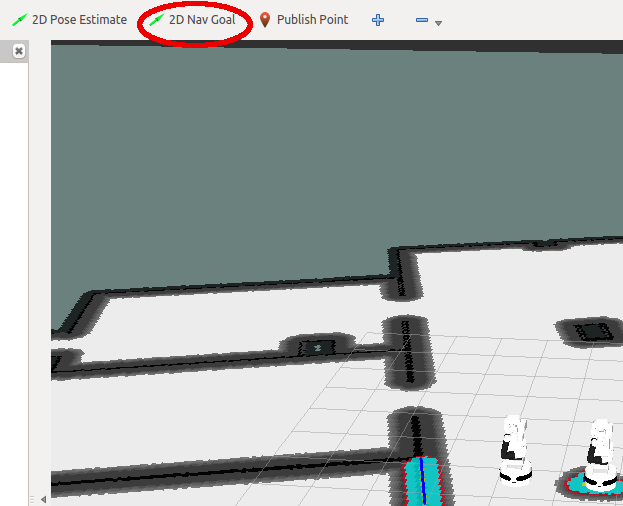 Then, by clicking and holding the left button of the mouse over the point of the map at which we want to send the robot a green arrow will appear. By dragging the mouse around the point the orientation will change. This arrow represents the target position and orientation that the robot needs to reach. When releasing the mouse button the global planner will compute a path. The goal will appear as a red arrow representing the desired target orientation. Then, the robot will start moving following the trajectory, which will automatically re-arrange when getting too close to unexpected obstacles.

The pictures below show different snapshots of rviz during the navigation toward the selected goal.

Everything can be done also for TIAGo2. Just deselect the TIAGo1 displays in rviz, select the TIAGo2 ones and then change the namespace for the topics in the Tool Properties window. Thus, you are able to execute the autonomous navigation also with the second TIAGo.