Description: A simple method to detect and track basic movements/shapes on a static camera against a static background 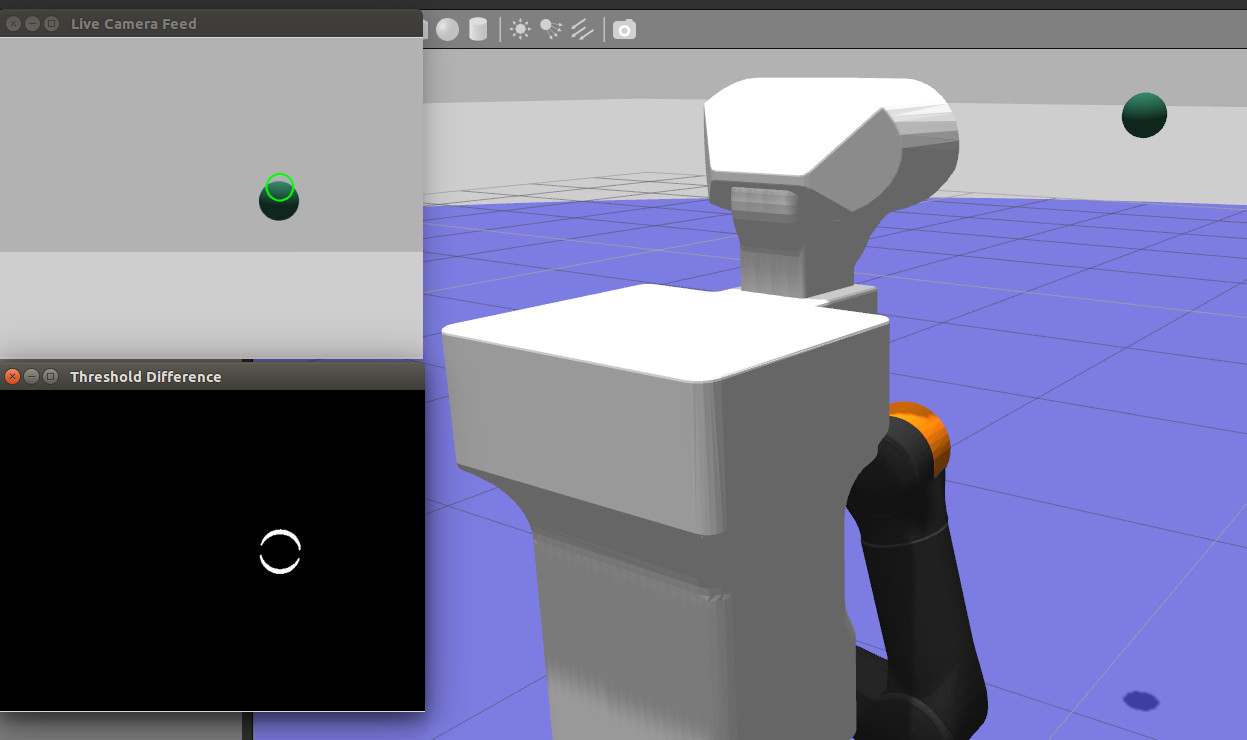 The purpose if the code is to give a demonstration of some basic operations within OpenCV, such as the absdiff, threshold & morphology and findcontour functions.

TIAGo and a small ball floating in front of the robot will be spawned.

Finally, in the last console run the track_sequential node as follows

Two windows will appear (they may be on top of each other). The Live Camera Feed window shows the current image taken from the xtion/rgb/image_raw topic. The Threshold Difference window shows the difference between two sequential frames. 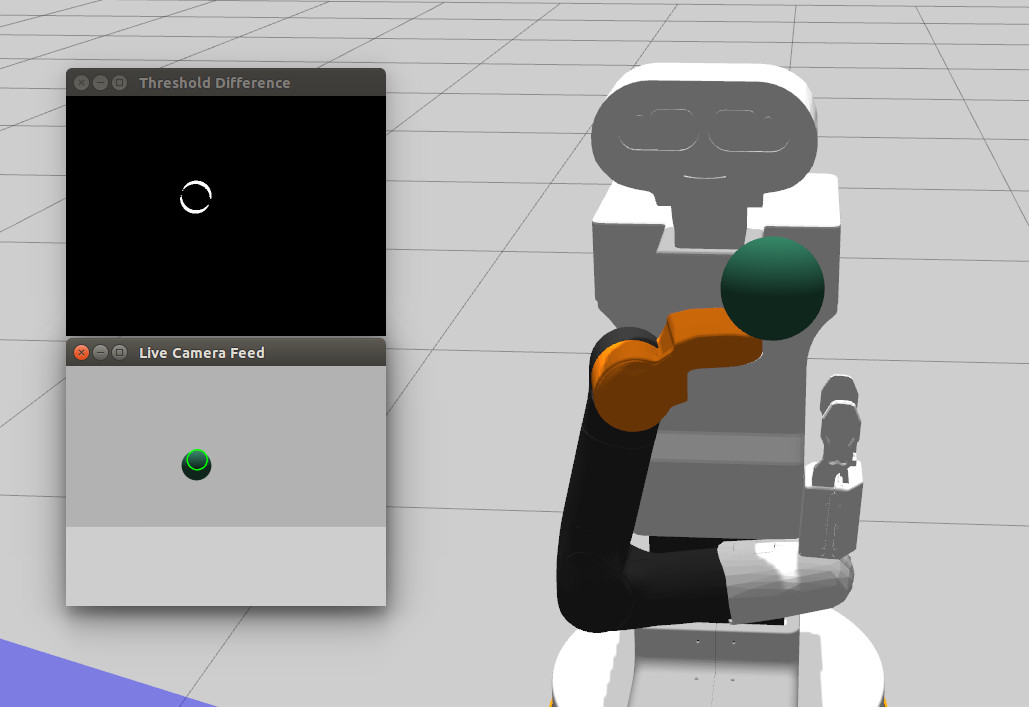 As can be seen, the ball motion will be detected in the Threshold Difference using consecutive image subtraction, while Live Camera Feed will show the ball position with a green circle.

There are three concepts used in this tutorial: absdiff, threshhold & morphology and findcontour.

All three arguments are of type cv::Mat, which is the matrix container of the OpenCV Library. In the matrix the image from the camera topic is stored, and can be manipulated by OpenCV functions. absdiff() takes the absolute difference per element between two matrix containers. img1 is the current image, img2 is the image taken one frame before. All pixels of the containers that are the same intensity become 0 (visualized as black), the rest are given the intensity value of the absolute difference. These values are stored in the output matrix diff.

To track this movement the contour class can be used. However for accuracy it helps to exaggerate the difference between the two matrices. This can be done using the threshold functions in the OpenCV library.

Morphology uses the erosion and dilation of basic shapes within a threshold image to affect the visualization. Morphology has several operation types, here the closing operation is used to fill in black spaces (noise). In this operation the output matrix is the same as the input matrix, namely thresh, the third parameter 2 is the morphological operation closing. The last parameter is the kernel to be used, which defines a shape and checks the matrix if any are located within. getStructuringElement() in this case returns an ellipse of size 3 by 3.

Using these two operations the difference between the current and previous frame are calculated and visualized in the Threshold Difference window.

This image was taken using the TIAGo camera in the PAL Robotics office. A ball was thrown in front of the camera.

The appearance of two balls on the Threshold window is due to the frame rate of the camera and the process of comparing the two frames. In the time it took to take the two frames the ball had moved from the lower position to the higher one, resulting in a difference of two locations.