Description: Explore the real environment from robot's vision and save a map.

Next Tutorial: Navigate with a known map

If the robot is already running, you can pass to second section directly. Otherwise you can turn back to previous tutorial and access control of it.

Now you can open SLAM application. Open up a terminal on your Personal Computer and connect to robot via SSH first:

Then enter the command below in order to run gmapping:

Now, gmapping process is started and robot started to create a map and locating itself. You can start moving robot via joystick or what you prefer to control as a described in previous tutorials.

To launch RViz you will need to use mrp2_viz package open up a new terminal SSH to robot and run this command;

On RViz you can see the part of our world's 2D map from robot's perception. View is similiar to simulation as we can see. You can control the robot via interactive markers, send a simple goal from RViz. 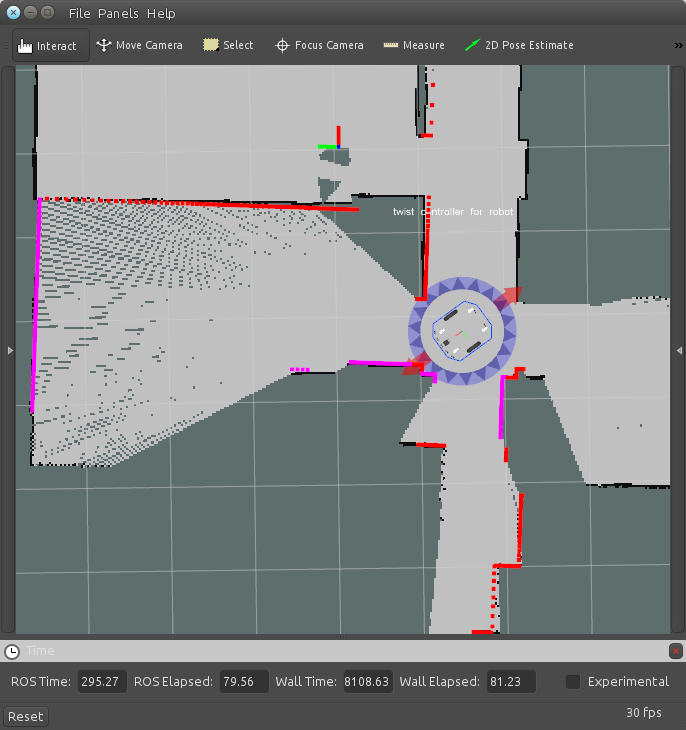 If your exploring will done, You can save the map , open up a new terminal connect to robot via ssh and save the map;

Note that you are currently working on robot's computer so the files you save are on robot's filesystem.

One can use these files with amcl application later. You can follow the previous amcl tutorial, It is similiar with simulation.