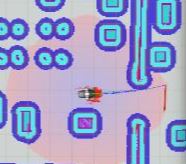 This tutorial shows how to make ARI navigate autonomously provided a map build up of laser scans and taking into account the torso RGB-D camera in order to avoid obstacles. For this point cloud data is transformed into laser scans by pointcloud_to_laserscan package, which is used by teb_local_planner, in order to implement an online optimal local trajectory plan. It then uses amcl, adaptive Monte Carlo localization, to track the pose of ARI against the given map using a particle filter.

First make sure that the tutorials are properly installed along with the ARI simulation, as shown in the Tutorials Installation Section. Then, follow the instructions in the Create a map with slam_toolbox tutorial in order to create and save a map.

The following information is overlaid on top of the map: 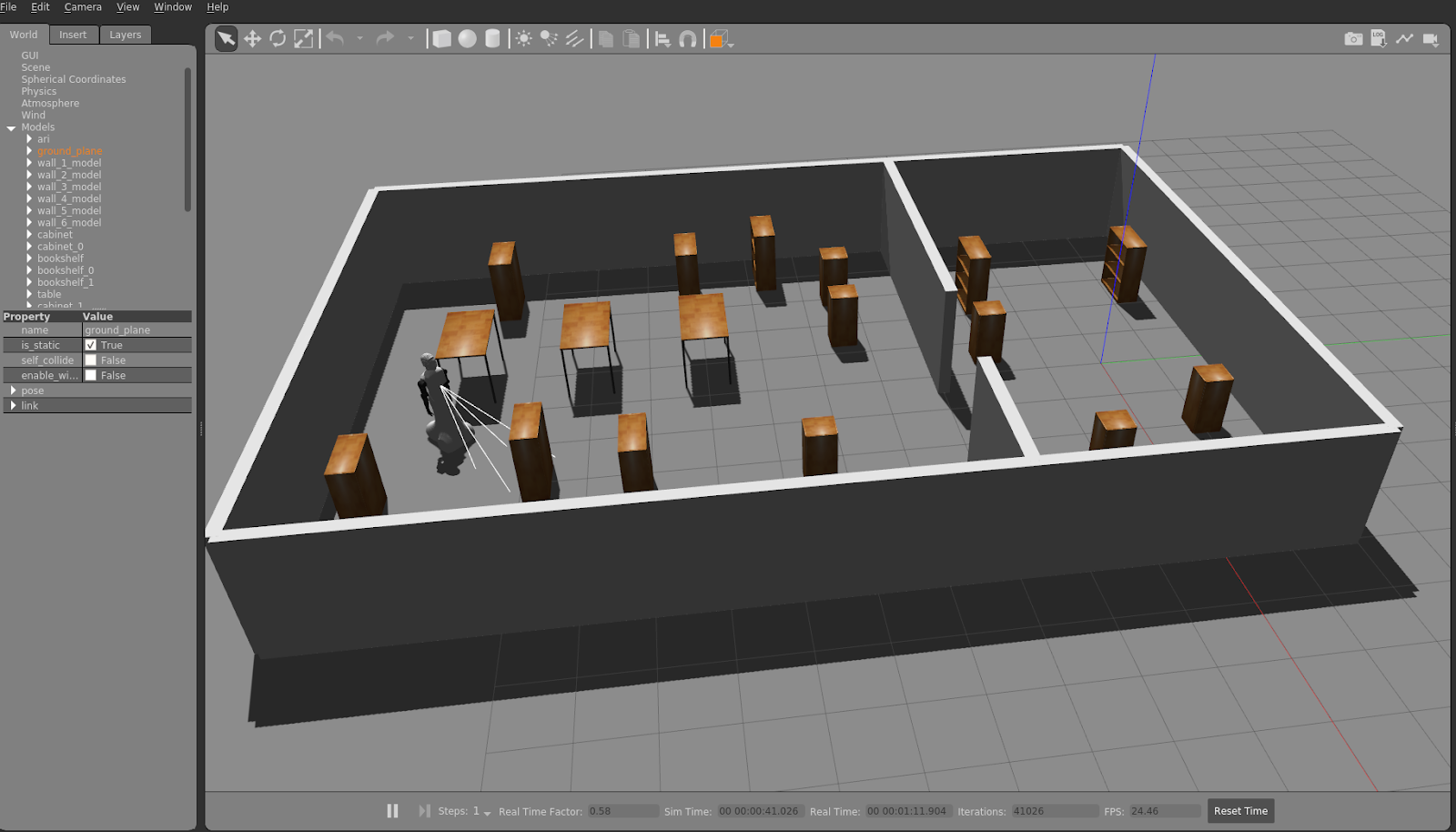 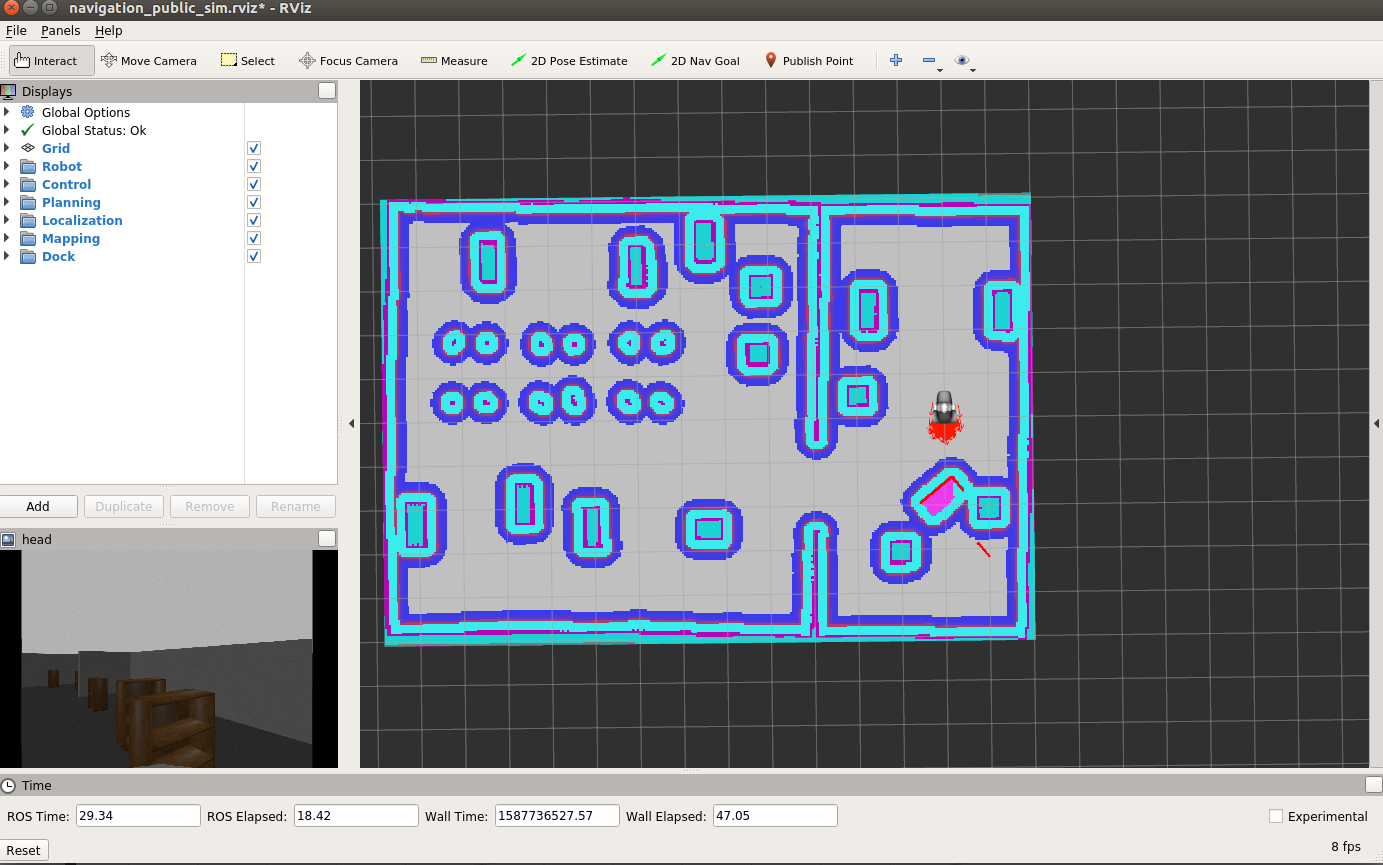 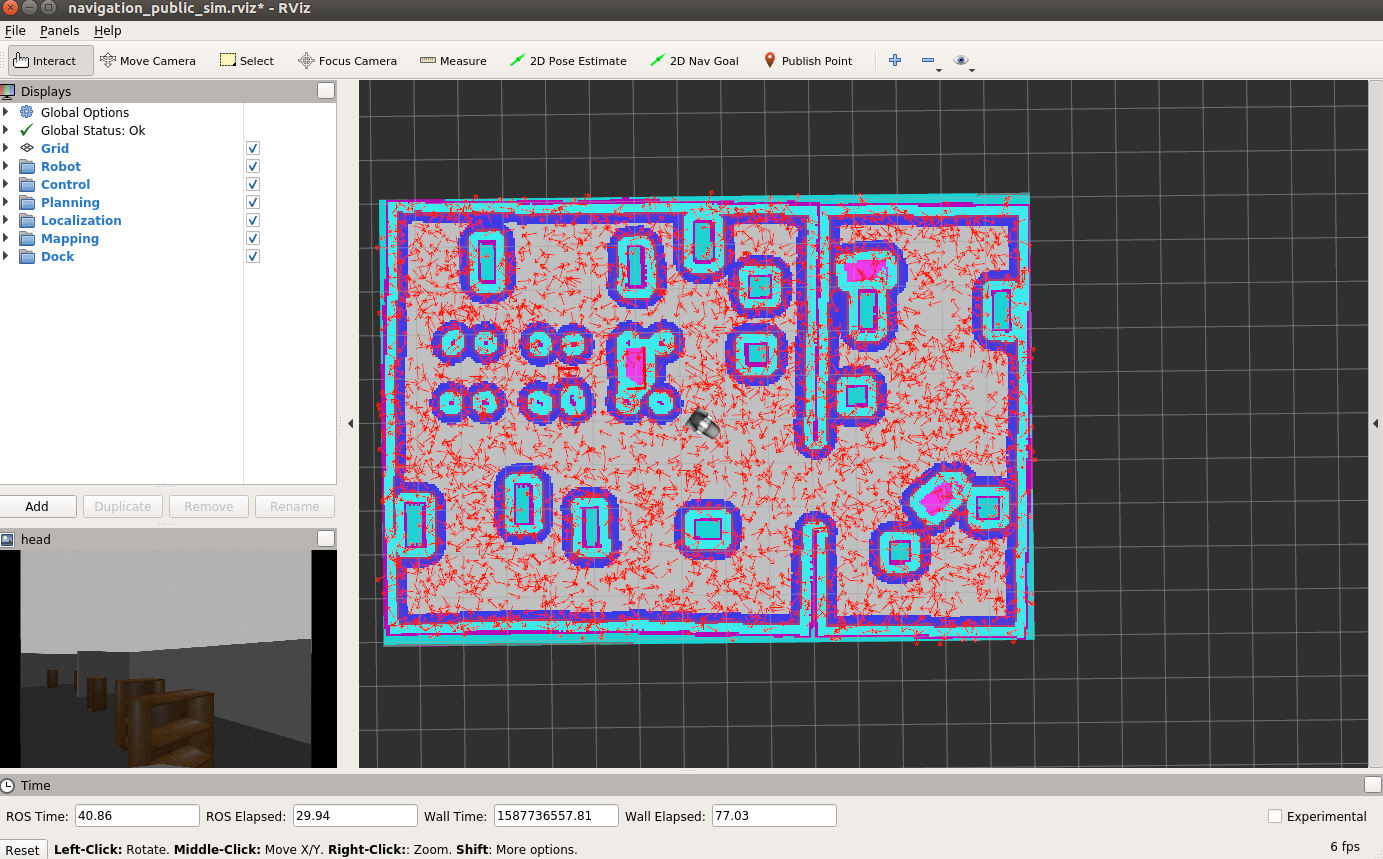 Now a good way to help the particle filter to converge to the right pose estimate is to move the robot, taking care not to hit any obstacles. You may use the left and right arrows of the key_teleop in order to do so.

Instead of running the key_teleop node, you can also send 2D Nav Goal through Rviz, as explained in section 4.1. 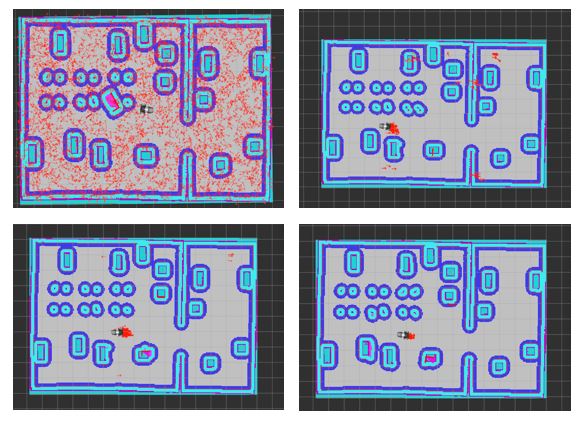 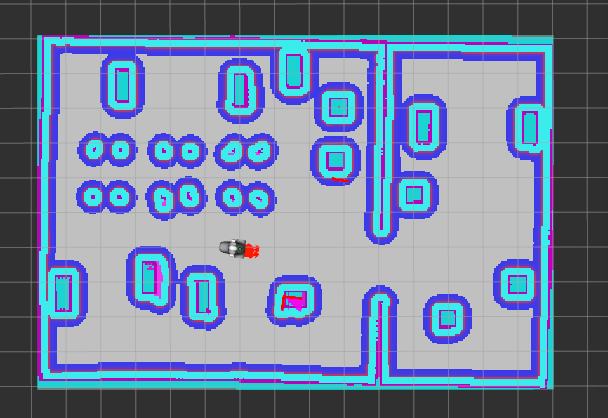 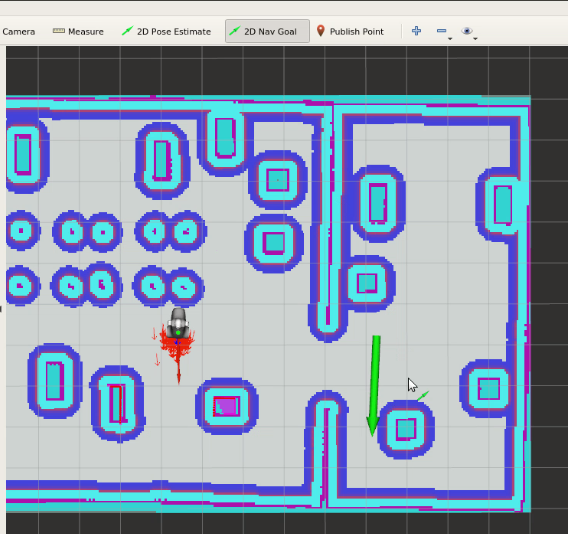 Then, the robot will start moving following the trajectory, which will automatically rearrange when getting too close to unexpected obstacles. The pictures below show different snapshots of rviz and gazebo during the navigation toward the selected goal. 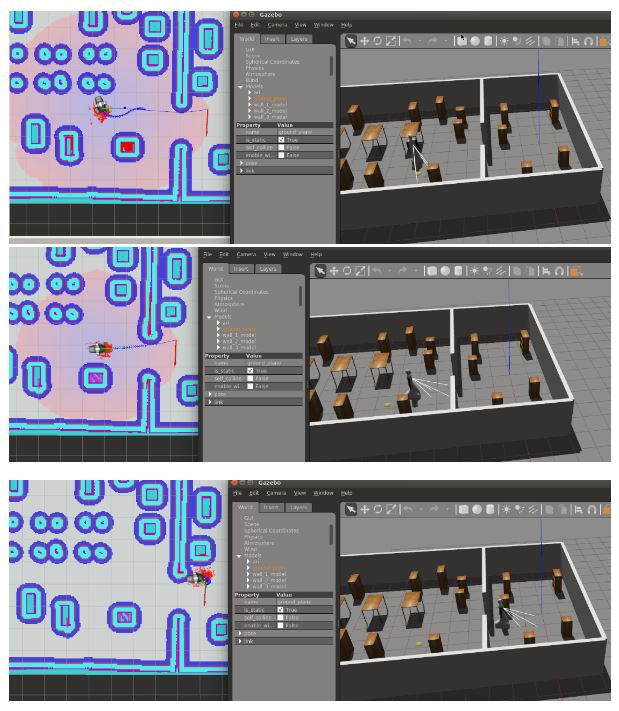