More than five APIs are available via ROS, RTM

There's a tutorial for each interface in the diagram as follows. Numbers correspond:

Which API to use

With lack of universal convention for the coordinate axis for the end effectors, HiroNXO employs the following concept (assuming the arms are at goInitial pose): roll axis heads toward above, pitch leftward (looking from the robot) and yaw points toward the robot itself, like the image below.

HIRONX.setTargetPose takes a tf frame as a reference (as an argument frame_name). By default it is set to WAIST frame, which orients as you see in the image (x+ axis to the front, y+ axis to the left, z+ axis to above). 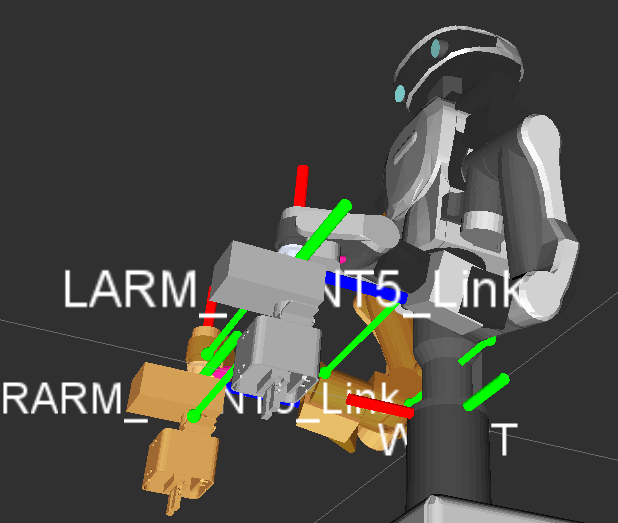 With this in mind, the following setTargetPose commands rotates the right hand about yaw axis w.r.t WAIST frame.