This package provides a real time plane detection method extracted from the package active_realtime_segmentation where it is used to find the most likely table plane in the scene. However, any plane pose can be detected. The plane detection is based on RANSAC and uses a disparity map as input.

The following launch file will read in disparity maps from a given topic (by default it takes /narrow_stereo_textured/disparity) and outputs the table plane parameters as well as a disparity image with the detected table plane filtered out.

To detect a local plane in a region around a specific pixel position in the image, run the following ros node.

Here it takes as input the topics, on which the node launched by the previous launch file is publishing.

The following results are extracted from the following disparity map originating from the textured light stereo on the PR2. 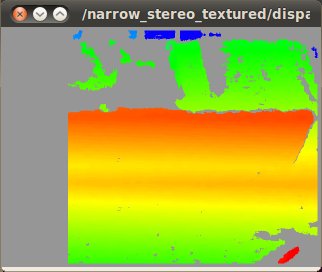 When using the real time table plane detector, the following disparity map in which all the values belonging to the detected table are removed is the result. 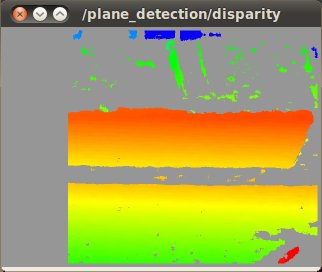 Given a specific pixel position and a size of region around that, the disparity map can be masked and a plane fit to the local region. 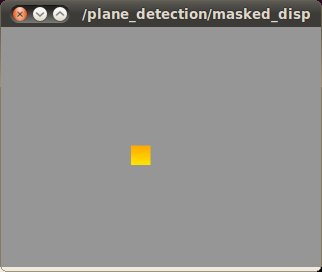 The detected planes can be visualised in Rviz. 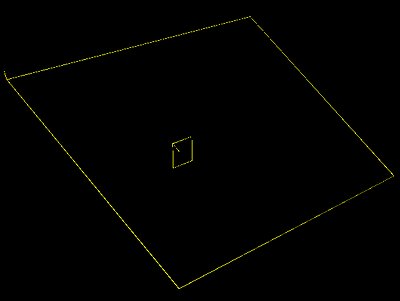