This package provides a new Dynamic Environment Model server partially based on OctomapServer from the octomap_mapping stack. The model manages information about all detected, permanent, temporary and moving objects in the environment. It publishes own topics, subscribes to some of input data stream topics and it's internal state can be controlled by services. We have created some simple tutorials that walk you through basic using it.

Environment model server is based on core-plugin architecture model. Whole this structure can be virtually divided into two parts - plugins connected to the octomap and independent data structures. The first part serves as a "raw data" processor. It tranforms input octomap to the different data structure. The second part of the environment server contains some "higher level" data structures, added by some detectors in general.

Contains octomap data - octomap tree with own node type (octomap::EModelTreeNode). Can be subscribed to the point cloud publishing topic to fill the map. This plugin is used by some other plugins as a data source.

The octomap plugin also supports RGB colouring of the point cloud based on the data from RGB camera. Other provided functionality is octree filtering used to remove speckles and faster noise removal in the view cone. 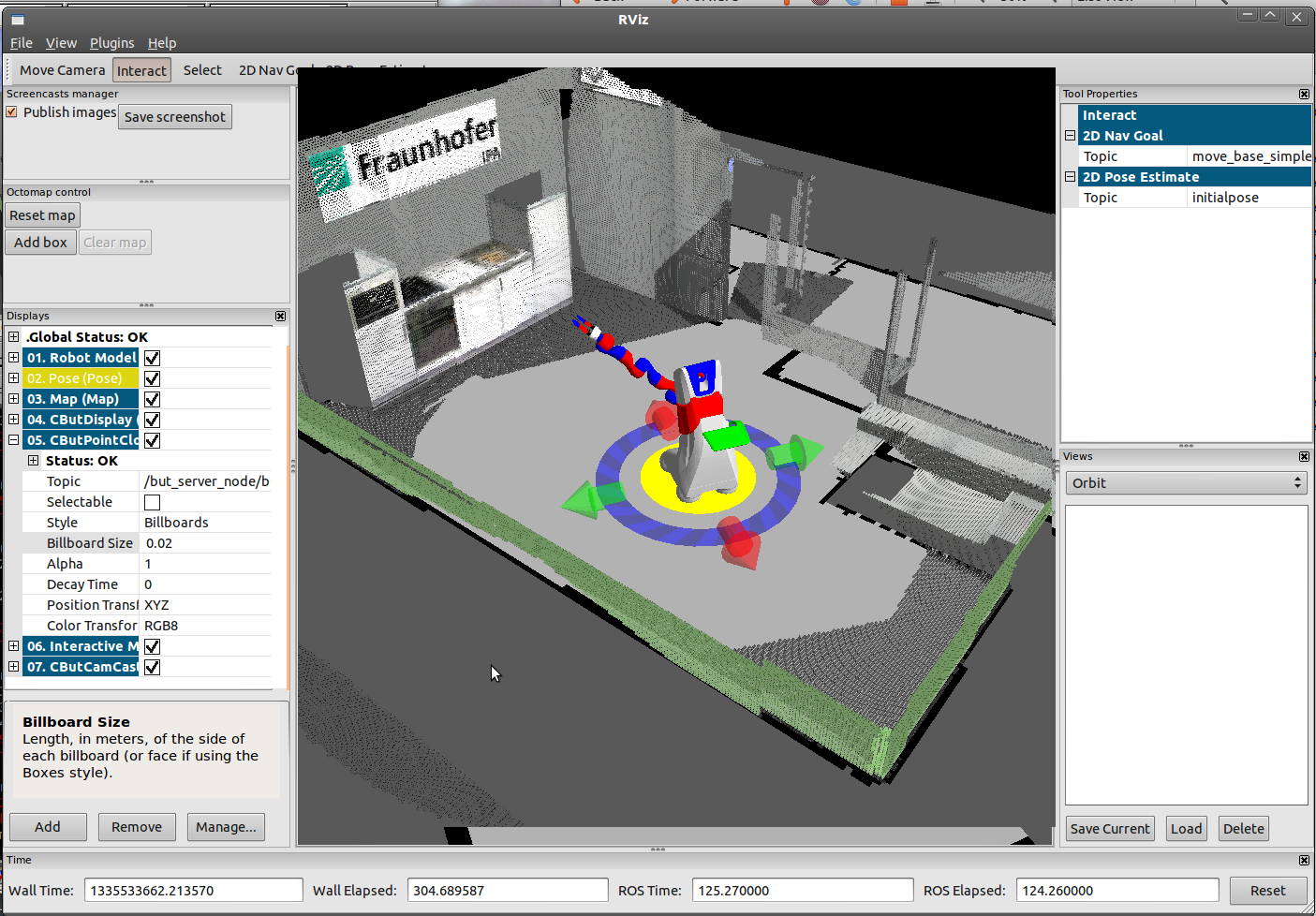 This plugin converts occupied octomap nodes to the collision map (arm_navigation_msgs::CollisionMap). Diameter can be set to limit robot collision distance (this leads to smaller data flow). 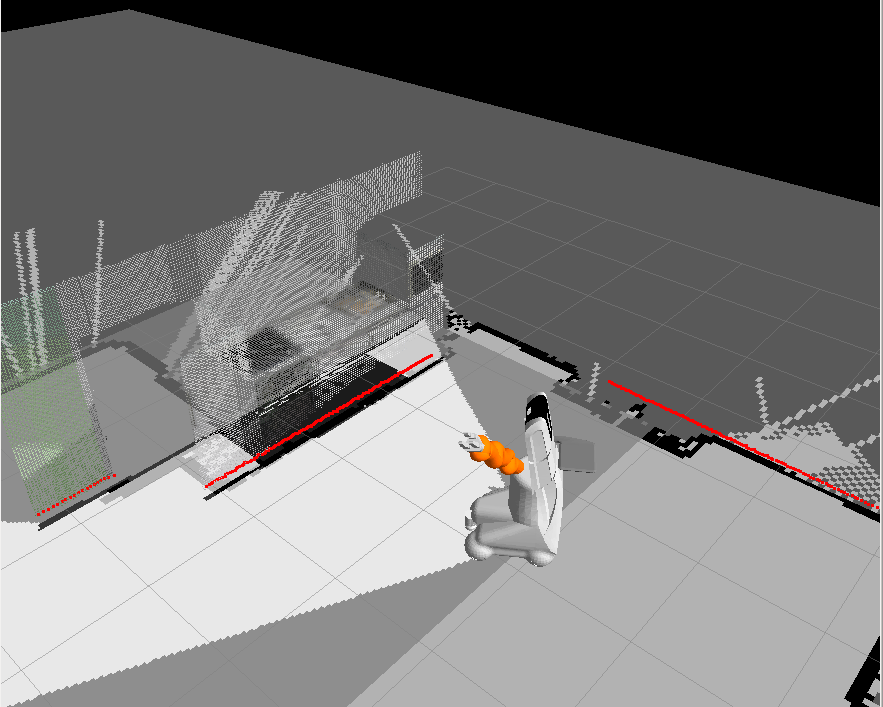 It converts and publishes occupied octomap nodes to the collision objects (rm_navigation_msgs::CollisionObject).

This plugin takes robot camera position and uses it to filter currently visible part of octomap. This is converted to the point cloud form and it is sent as differential frame. The compressed_pc_publisher node can be used to combine differential frames and to publish complete octomap again (in the usuall point cloud form). This indirectness can be used to lower data flow.

It converts and publishes octomap nodes to the 2D map (nav_msgs::OccupancyGrid).

It converts and publishes octomap nodes to the marker array (visualization_msgs::MarkerArray).

It can convert incomming point cloud (sensor_msgs::PointCloud2) frame id to some other and re-publishes it.

This plugin is used to store objects detected by various perceptors. These objects are stored in octree structure and they are represented by their position and other needed parameters instead of point cloud. Objects can be visualized with srs_interaction_primitives package.

Currently plugin supports bounding boxes and planes detected by tools in the srs_env_model_percp package. All plugin functionality is provided by services.

This plugin publishes only visible part of the environment model. This cloud can be used as live sight on octomap data or can be used together with compressed point cloud publisher to transfer octomap to the other device.

This node can be used to assembly and publish complete octomap from differential frames published by compressed point cloud plugin.

All services are published in the /but_env_model/ namespace.

Services provided by Object tree plugin can be divided into two parts. The first one is common for all saved objects. Services in the other one have variants for all supported objects. All services are published in the /but_env_model/ namespace.

The following services are available for these object types: plane, aligned_box and bounding_box. All services are published in the /but_env_model/ namespace.

List of all published topics. All topics are published in the /but_env_model/ namespace.

For further information about octomap library and meaning of its parameters see: http://octomap.sourceforge.net